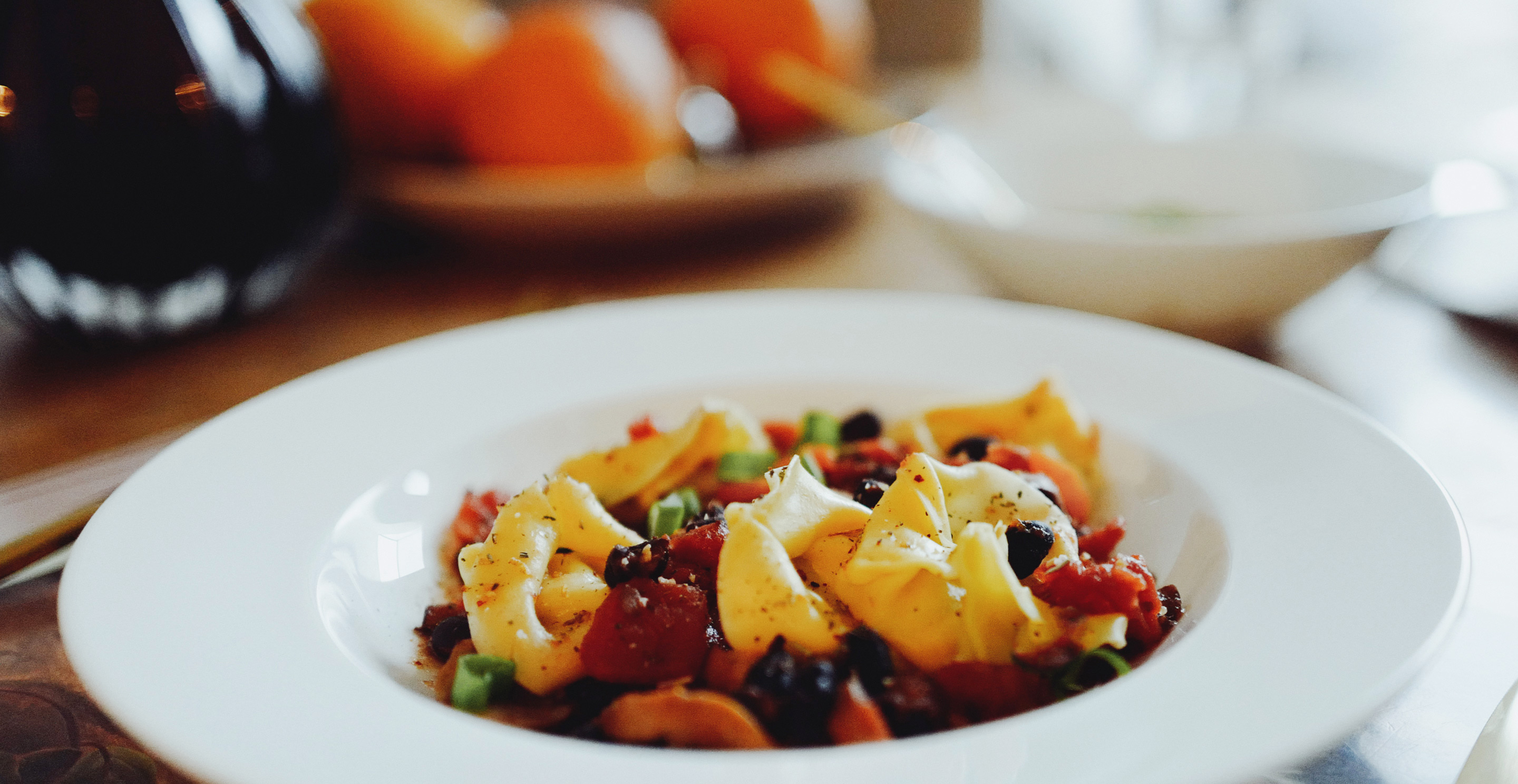 AAh! Tortellini covered in golden reflexes of butter, and ragoût passionately described by Alexandre Dumas in Le Grand Dictionnaire de Cuisine! One couldn’t say no to any of it, but…

…as I cooked dinner tonight, I had some reservations in my culinary enthusiasm as tortellini is usually served with sauce or in the soup, and the same as ragoût, it can be a dish on its own. So as I combined the two, I felt as if I’m committing some bizarre cuisine tautology crime, but then I thought – do grammar rules apply to kitchen rules?

And if the President tweets in semi understandable bursts of sentences, and we all have to live with it, as he bends and twists the English language, perhaps we could also live with the union of traditional Italian pasta and French stew! The clock showed 7 pm, and I concluded that placing the two together on a plate shouldn’t have worldwide consequences – at least for now. 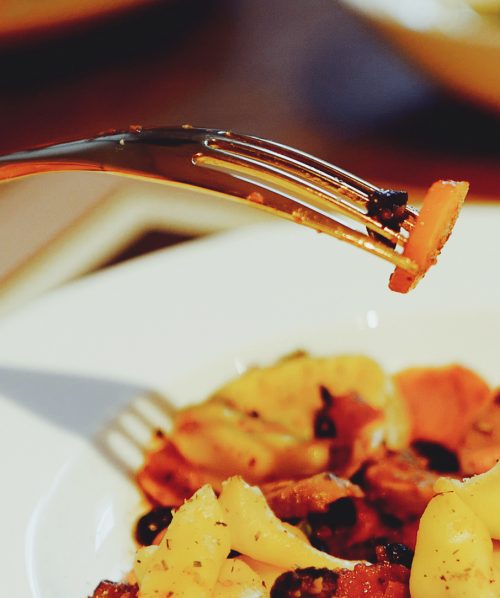 Wash and chop carrots, mushrooms, and tomatoes into even medium-thick slices. Rinse black beans (I usually get the organic ones in water) and drain excess water. 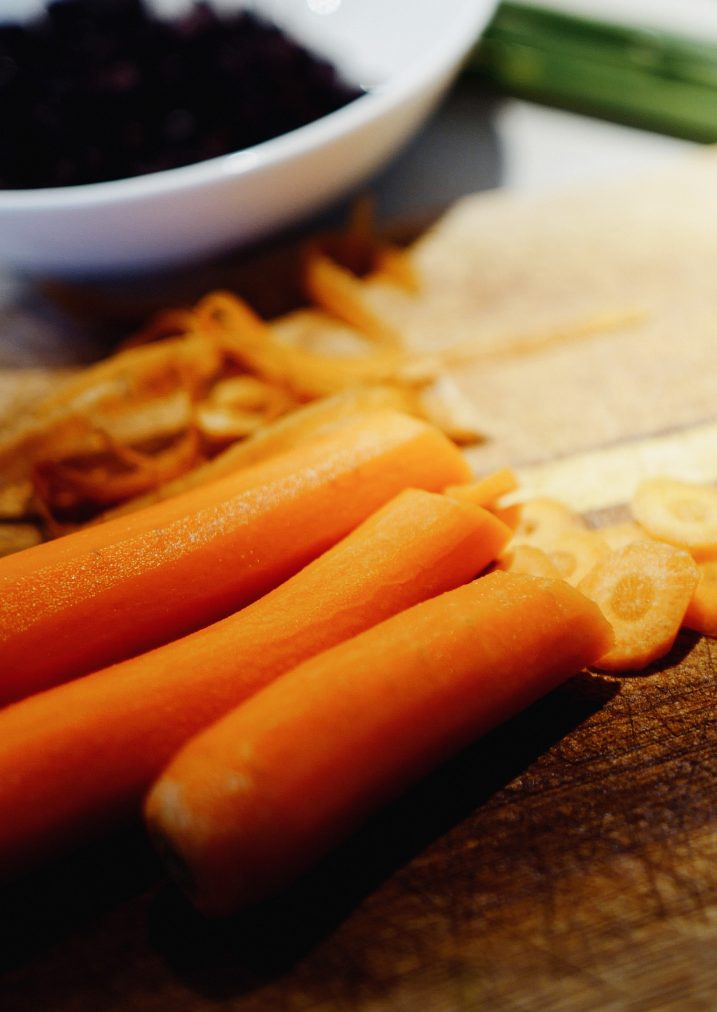 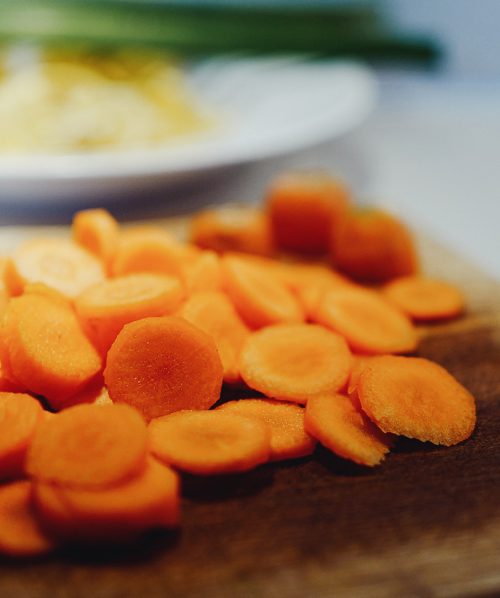 Bring a large pot of salted water to a boil. Add tortellini; cook for 4-6 minutes occasionally stirring until al dente. 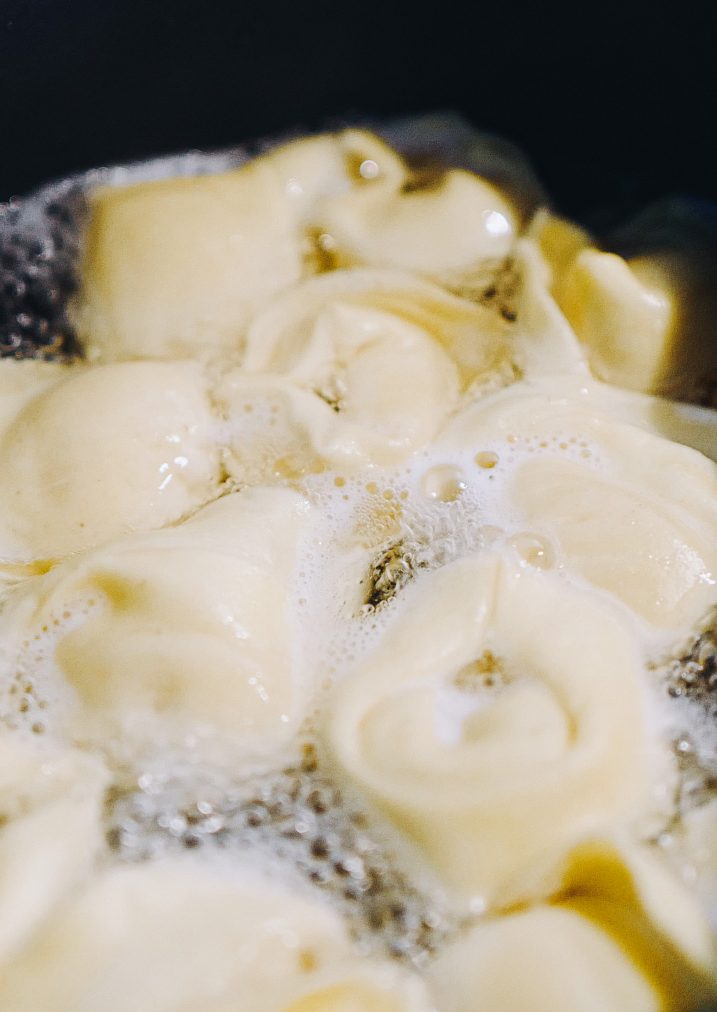 Heat the olive oil in a pan over medium heat until shimmering. Add the sliced carrots first so they can soften before adding the rest of the vegetables. Add salt and pepper and cook until the tomatoes release their juices, 6 to 7 minutes. Stir gently making sure all ingredients are heated through.

Chop chives that can be added on top, and before the clock shows 8 pm, let’s ponder the global scheme of things, wondering what can come out of all this twisting that just happened on the plate.

Between you and me – twisting and bending are actually operative terms derived from the work of Anthony Brandt and David Eagleman, “The Runaway Species: How Human Creativity Remakes the World.” They touch upon the concept that disrupting the current order is refreshing and leads to the birth of new inventions. I will tell you about it some other time, but for now – bon appétit! 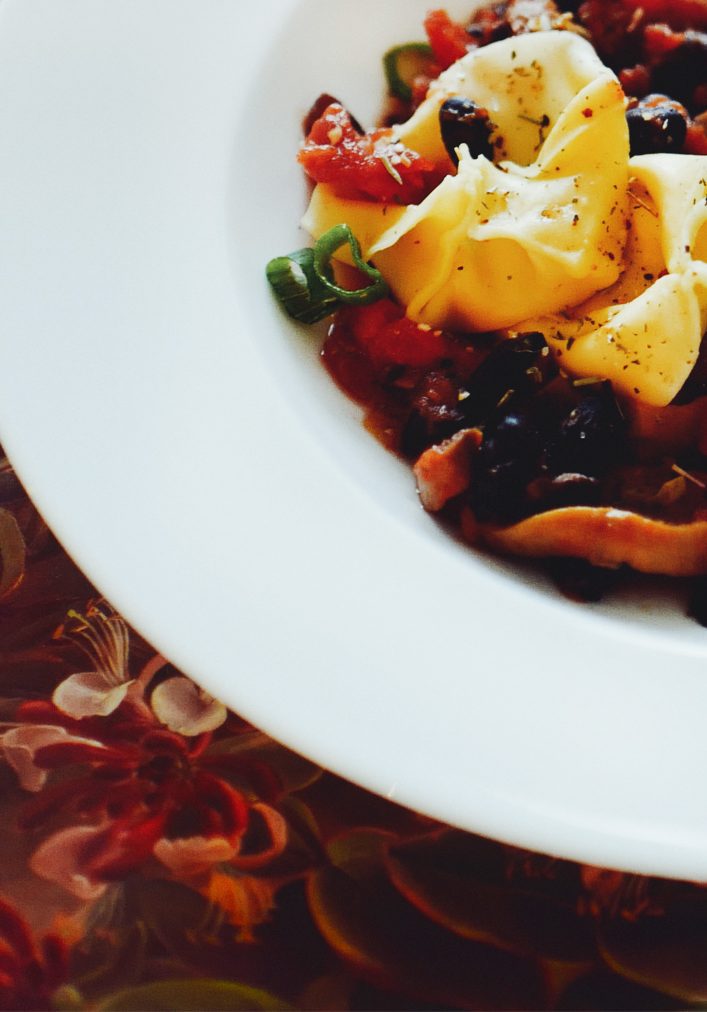 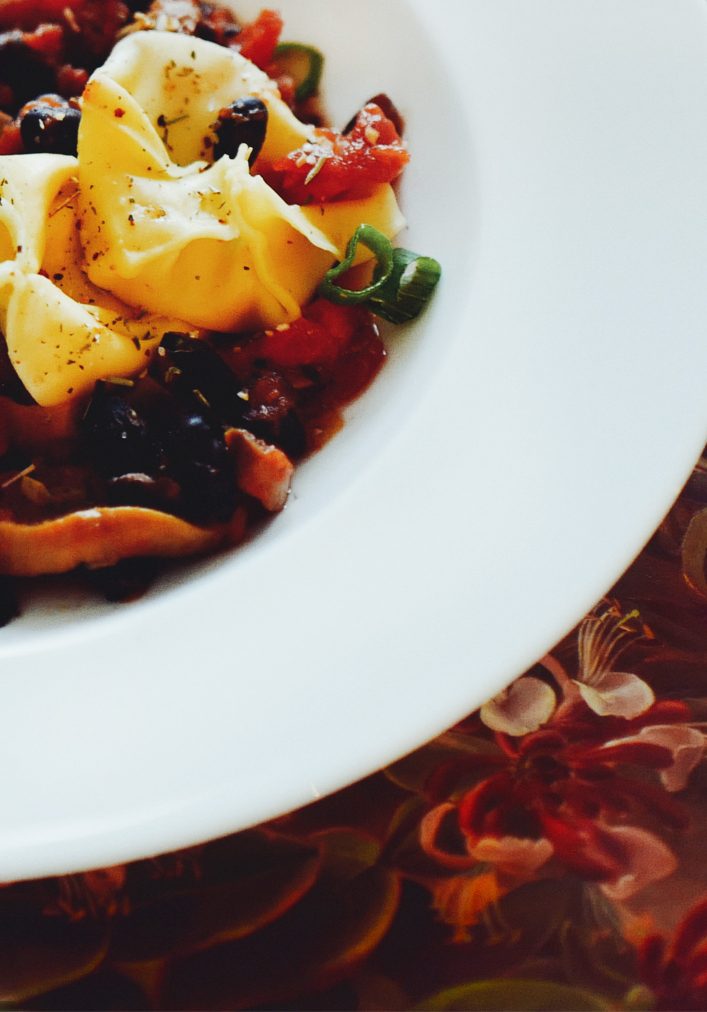 Dinner is to a day what dessert is to dinner.