Dave Tsung’s Good Backup Practices: The Current Economy Requires Us To Be Flexible, So I Have 3 Backup Jobs, 2 Backup Girlfriends, and I’m Working on Backup Citizenship. 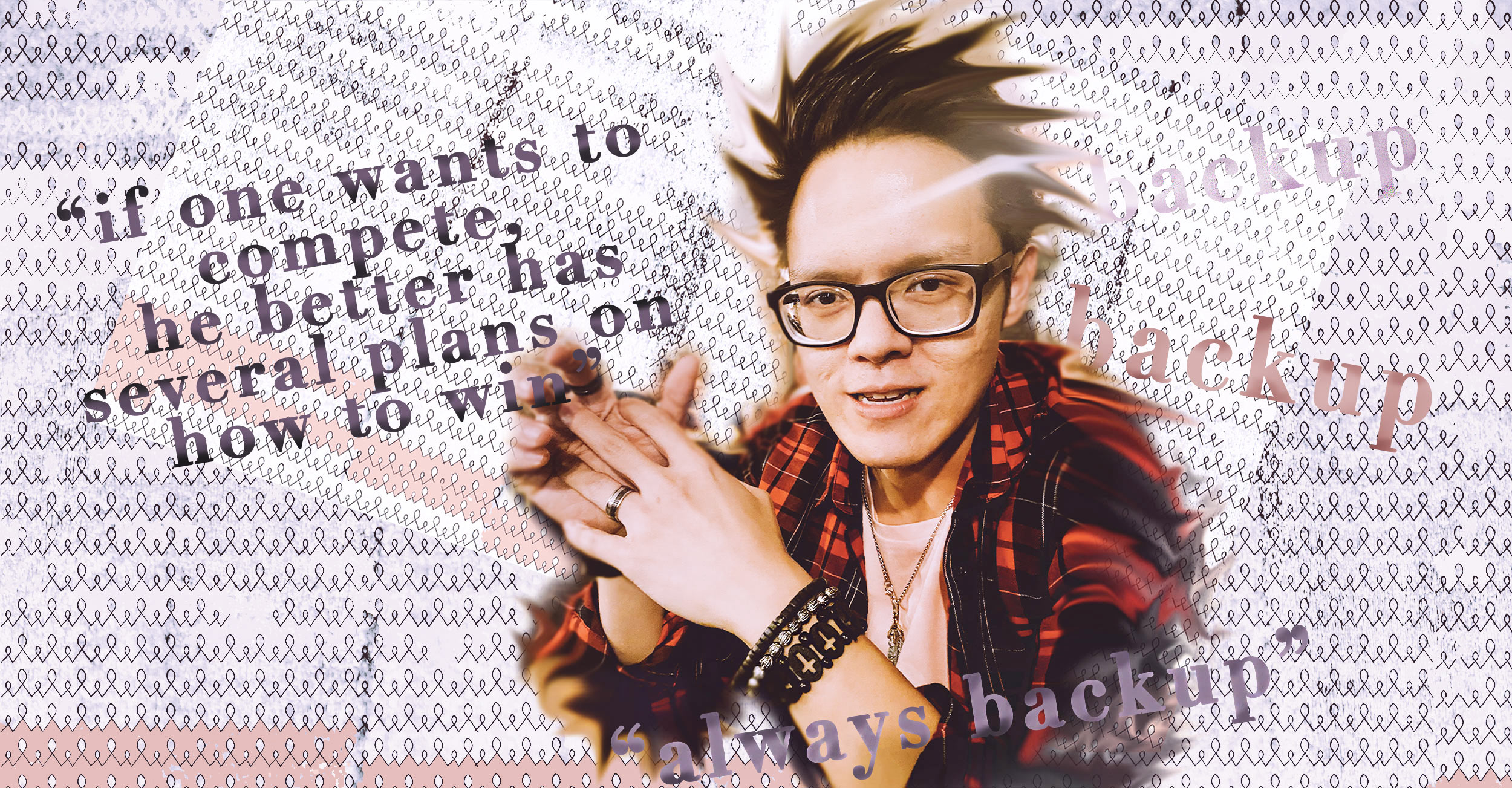 YYears ago, the idea of backing up usually referred to unanimated objects like documents or computers. Now it becomes progressively applicable in regards to our lives.

I met Dave when we were still in college. Enrolled in an international program, he stood out not only among Polish, Norwegians and Americans but also other Asians who kept a low profile and liked to stick together. Dave did neither. He was everywhere, often alone, but had tons of friends, and everyone knew him. He would get curious looks from his Norwegian classmates who, because of their Brad Pitt-like exteriors, were used to being a sensation among the ladies and could not comprehend why it is Dave who has more dates than he can handle. Despite his efforts, they did not like him.

That left Dave with a bunch of freshmen who admired him and the girls who could not get enough of him. He was a rare mix of humor and lightness combined with a quick wit, depth of thought, great logic, and insatiable curiosity about the world and the people.

Perhaps it was the abundance of his character that influenced his constant search for a certain abundance of life circumstances. However, it is not like he hadn’t had enough of it already—a safe future of taking over a family clinic and a beautiful Taiwanese fiancé whom he adored. Things seemed to be in place for young Dave, so his decision to “look for another girlfriend” and to “leave doctors career and family business to become a dentist” appeared like a pause on a promising future in an attempt to revisit the past.

Was it an excuse to study and party again, or was there something else?

Dave said it was “logistics.”

“Working as a doctor is tiring, and you gonna die young while working as a dentist is less responsibility, more money, and time for a good time.”

But you already spent six years in med school, and you don’t like the job, how will you know that another five years to be a dentist is going to cut it? I asked.

“Once you plan for the rest of your life and the past option is no better than the future option, you just need to keep moving forward, and there is no looking back. Sometimes I do wonder if what I do is right, but having a backup plan is always good.”

I think you had a lot of courage to assess your life in this way and make such a change. Not many disrupt what seems reasonable enough.

“You are right. Change is scary, so most people don’t change anything until there is a real need for it. Usually, it is something tough in their life, and they realize they should change it; otherwise, a comfort-zone is usually the default. I wanted to avoid that, so I trained myself to be uncomfortable. There are two types of people: the ones who wait to be unhappy to make a change and the ones who have the balls to just get it together and get it done.”

True. What else is essential for the mentioned “life logistics” according to you?

“I think these days, it is important to have an entrepreneurial nature. I knew I had it; I just hadn’t had a chance to test it. So after the med school, I started a few internet shops and while they earn me money I can study to be a dentist. It will be good to have that extra knowledge growing the clinic in Taiwan. And it is cool to be a business owner, a doctor, a dentist, and a digital entrepreneur. That way, I can always change the direction and be more flexible.”

“Real success and happiness are measured in personal satisfaction from life, and there is never too late to be wild and go for it. And while one is on it, it also doesn’t hurt to think about changing economy and prepare not only a plan A for life but also a plan B, C and D. And they don’t have to be sequential they can be inter-lapping.”

“It is just like a fridge when one is out of one type of food and can’t make dinner there is still some other food there to make something else, and that is normal, so why wouldn’t you do the same in life?”

It seems like your several backup life plans are very comprehensive as they cover not only a career but also your love life. How does backing up works in that area?

“Backing up that area is not wanted by everyone and approved by a social standard.”

“But, I love European girls, European culture, and the continent, so having both a girl and an extra passport is as romantic as it is strategic. The global and local economy becomes progressively unpredictable, so the idea of backup citizenship is an interesting option to increase business and living choices. It may or may not happen while I’m studying dentistry in Europe, but it makes sense to try. If it doesn’t work out, I’m getting married to my current fiancé, and that will be perfect too. She knows about it, and she doesn’t want me to miss a shot in a way I want to design my life.”

So you apply the same entrepreneurial approach to your current relationship?

“In a way, yes. Being in the game, I have to compete with other guys and continuously learn how to be a better man than the man next to me. And to keep the attention of a particular type of woman, I always have to improve myself. Find ways to be more productive, smarter, emotionally intelligent… Women influence a lot of my perspective, and I see them as a powerful force that drives a man to change and grow.

Last thoughts on backing up?

“I think about love and business as an interconnected web of opportunities one can fall into and feel safe. The world today is very competitive, so having these options both in career and relationships makes sense. We have a saying in Chinese that putting multiple things in constant comparison makes things better. Competition makes things better.”

If one wants to compete, he better has several plans on how to win.