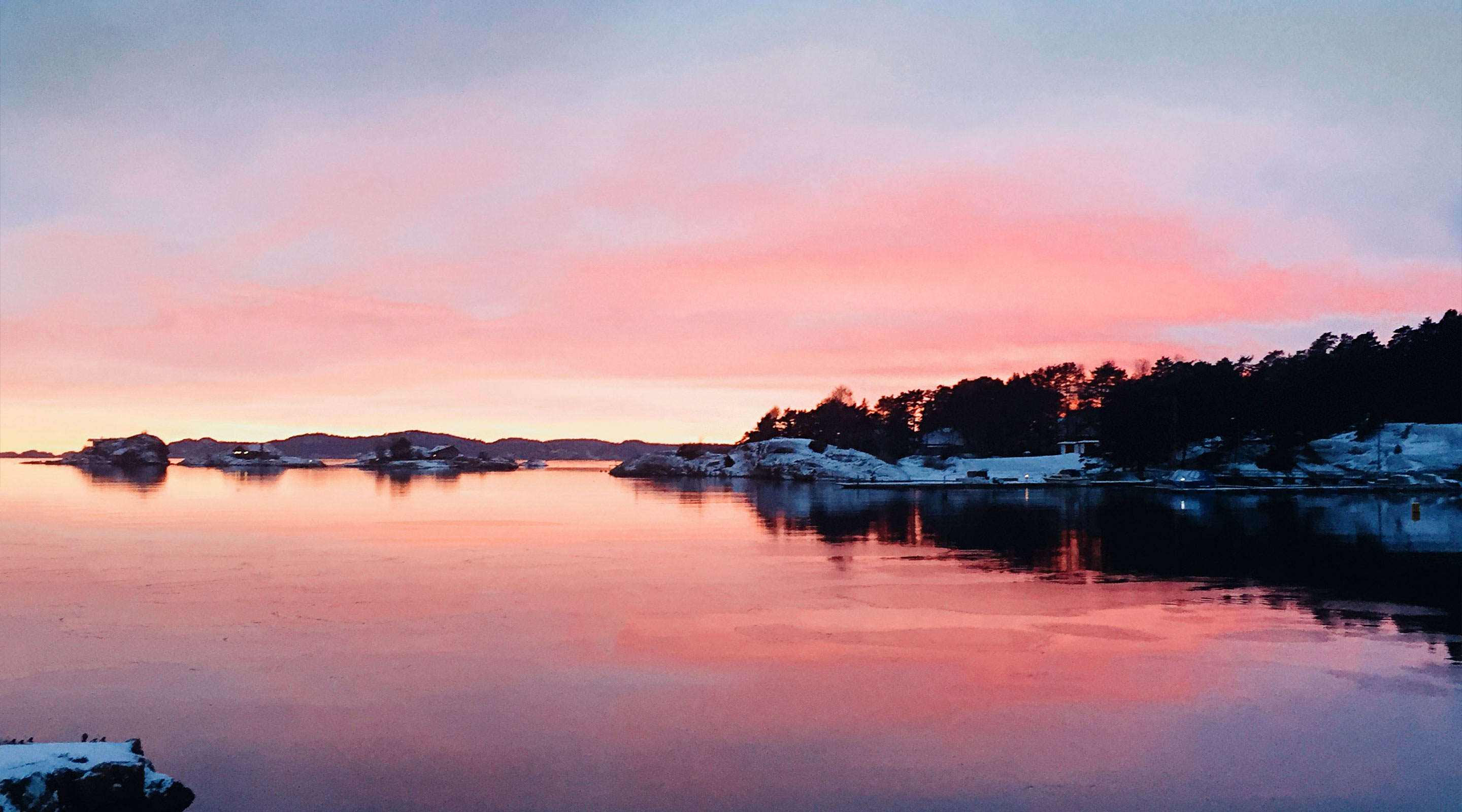 TThe middle way, the level-headed, stoic yet not static. Zen in the world’s mayhem. A pristine straight line stretched above an abyss guaranteeing a safe journey forward, or was it really so?

I always liked the middle way. It gave me that feeling of having a cookie and eating it. It was partying hard the whole week aaaand passing all the exams so well I got a science scholarship. It was working full time, yet somehow having time to eat well and work out. The middle way was how it sounded- a line between good and good that allowed to gently tip my toes in both pools of goodness. To the left, tip, toe tat, to the right tip, tip, tap- it was all great.

Certainly, like with all middle ways- the balancing act wasn’t easy. There were vicious winds and temptations to swing one way or another, to fall, to give up the circus performance of the seemingly perfect equilibrium of goodness and having it allness.

Just like an acrobat who practices tightrope walking, choosing the middle way requires discipline and strength. It was easy to feel the needed effort- finding ways to study while hangover, finding the motivation to go out and jog in cold weather after a busy day. Giving up chocolate for broccoli- yet still having enough of it. It wasn’t the easiest, and it might have cost me a burnout by the age of 24, but it was good.

And why wouldn’t it be?

The Buddhists describe the middle way as a common ground “between attachment and aversion, between being and non-being, between form and emptiness, between free will and determinism.” One of my favorite gurus, Jack Kornfield, writes that “the more one delves into the middle way, the more deeply one comes to rest between the play of opposites.” And isn’t this a lovely state? That middle place between holding a cake in your hand while choking on how delicious it is with your mouth full? Nothing better indeed.

So apparently, the middle way, just like tightrope walking, calls for life in the reality of the present- neither removed from it nor lost in it. I mean, how could you get that type of balance half zone out and lost in la-la land? You couldn’t. Planning, running being stunning. This doesn’t happen with eyes half-closed and being opposed. Neither removed nor lost- sounds like a perfect PRESENCE.

Presence in which, according to Jack Kornfield- we can be with all our experience in its complexity, with our own exact thoughts and feelings as it is. Just like that acrobat an inch from an abyss of nothingness and fullness, we learn to embrace tension, paradox, change. Instead of seeking resolution, waiting for the chord at the end of a song, we let ourselves open and relax in the middle.

THE MIDDLE. So I thought- until the MIDDLE changed into a RIDDLE and…. 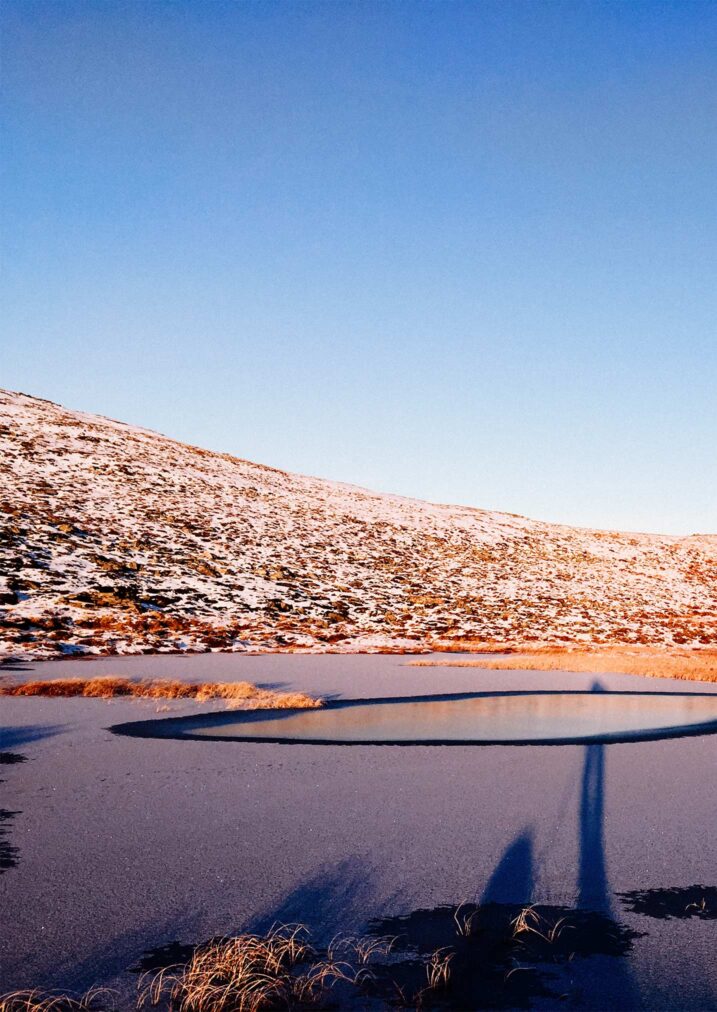 I found myself with a bottle of vodka in Oslo’s antique cemetery. I’m not sure what brought me there. The cemetery is truly beautiful and a part of the fancy park. Some people use it for jogging or walking the dogs, and perhaps encouraged by that, I used it for a stroll. I wanted to be alone and in silence. But a part of me also came for contrast… a contrast of seeing beautiful tombstones marking lives lived and enjoying still living my own.

I started to think how many days, years do I have before a tombstone would mark my existence? I had no idea how many were left, and I wondered what I could do to cherish each and every one as if it was my last? It was a heavy question, so I sat down on a bench surrounded by shrubbery and pretty oak trees and had a drink. Henrik Eriksen, age 85, Linda Bjerke, age 79, and a few others were in my sight. I mean figuratively because they were dead, but still. I concluded that the average life expectancy in Norway is around 85 years. I thought of myself, my family, friends, loved ones- how long do we have left? Am I doing this right? I got up and walked around thinking that there were no rehearsals- that we may all be just clowns trying our best. Clapping, puffing, and honking our red noses, hoping for roses. There was such stillness around me, so much of deeds done with me undone moved, rushed, unhushed. I heard the train passing by. The same one that ran some kilometers away near the place that I felt most alive. There the metallic stop of its breaks marked the 5, 6, 7 am early mornings. The dim gray light of night turning into a new day, past mending itself sneakingly into the unknown future, warmth ceasing into the coolness of the car, hotness of the black coffee, and smiles of sweet exiles. Tears run down my cheeks. That little memory like a Proustian Madeleine came with an entire world so vivid that everything besides it barely made sense. Suddenly the contrast I came for exceeded my expectations. It went beyond the fluff and puff of some vodka’s induced life’s thoughts into painfully sober concrete realization and evaluation. In the middle of the dead fest with the echo of life more alive than a buzzing hive- for the first time, the celebrated middle way felt like a painful way. And I could walk it no more. Not this time.

Why may you ask?

Because sometimes there’s no balance and no perfect equilibrium between “a bit of this” and “a little bit of that.” It is an all-consuming passion where you end up an ideal employee or a wild artist or a Catylin fucking Jenner, and nothing less. There’s no Buddhist common ground “between attachment and aversion, between being and non-being, no dove like shades of gray- only white and black that don’t want to merge no matter how hard you try. The gravity becomes so inciting that maundering in the middle turns every step into an utter pain where the only relief is to fall hard into one thing or another.

Because sometimes, some things, some dreams can’t co-exist in parallel. They are so powerful that one immediately annihilates another. Once you step into them, everything else fades. I guess that makes them one hell of good dreams just there’s no middle way to have them both at the same time. So you gamble living one of them, hoping that life’s dice would turn such that you could live another one too.

Such passions are all-in and Robert Frost made it pretty clear:

Two roads diverged in a yellow wood,
And sorry I could not travel both
And be one traveler, long I stood
And looked down one as far as I could
To where it bent in the undergrowth;

Then took the other, as just as fair,
And having perhaps the better claim,
Because it was grassy and wanted wear;
Though as for that the passing there
Had worn them really about the same,

And both that morning equally lay
In leaves no step had trodden black.
Oh, I kept the first for another day!
Yet knowing how way leads on to way,
I wondered if I could ever come back.

I shall be telling this with a sigh (yea stab me in the eye)
Somewhere ages and ages hence: (wondering if what I did had sense)
Two roads diverged in a wood, and I—
I took the one less traveled by, (like always but why Marta, why?)

Then I remembered your smile on a winter morn,

and I knew that whatever I chose, I’d be always torn.