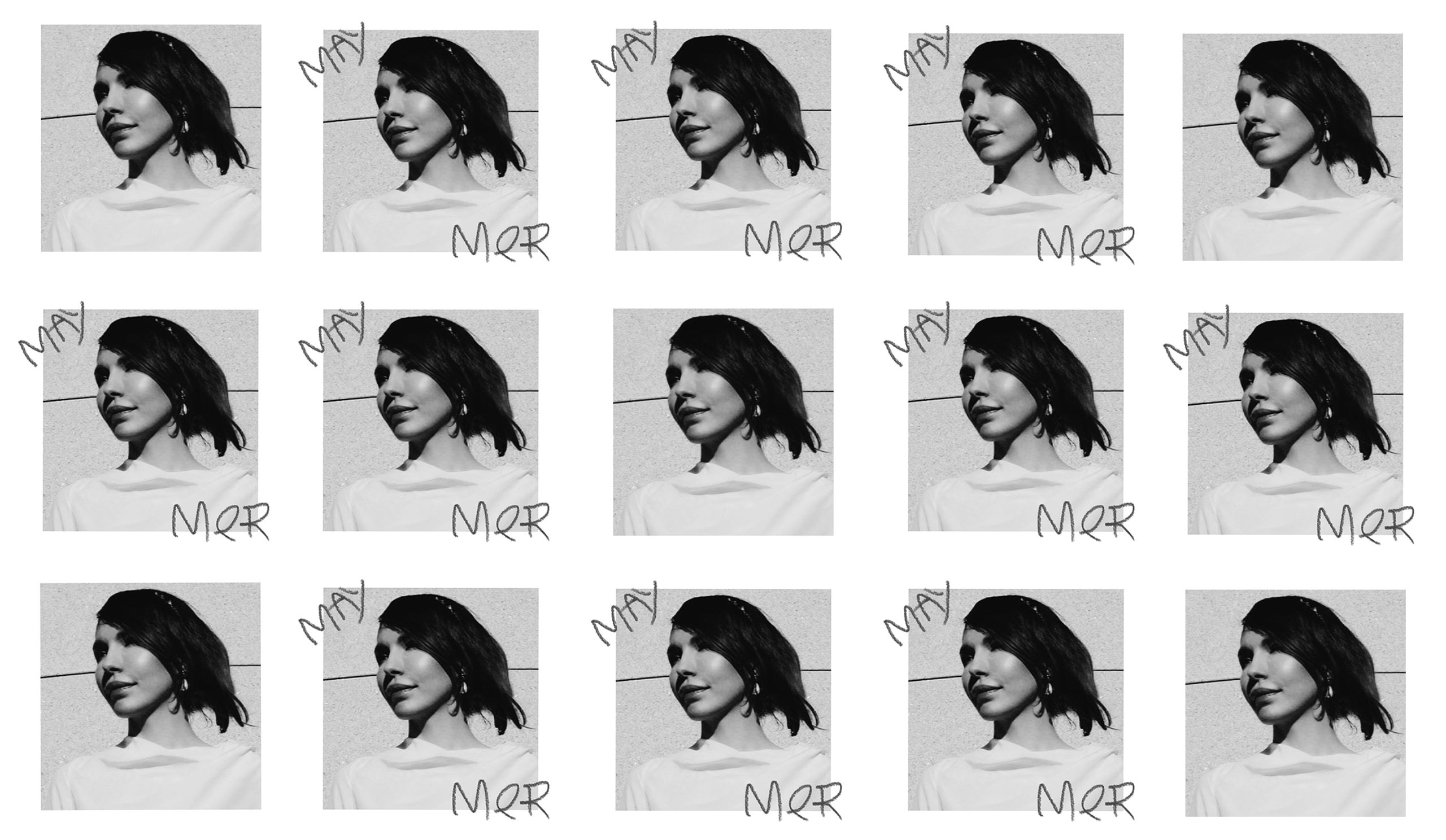 That’s right; I love that quote. Allegedly it was coined by one of the world’s greatest inventors Thomas Edison. Now think what would we do without that guy, right?

You all can probably relate when I say that regardless of a business- there is more to it than meets the eye. Often we neglect the processes that contribute to the wholesomeness, awesomeness, fullnessnes of an end product or project.

We sit and sit with our respective work, forgetting to appreciate the little steps that forge the path to achieving our goals, however big or small!

Now, as I’m going to go on a rampage of what I have learned recently, I’d like you to join me and ponder for a second how great you are in whatever you do!

Knowing my interest in constant development, the IT company I worked with before referred me to the guys I’m working with currently. Without knowing, the owners turned out to be my college friends. They squeezed me into the tight schedule and never shied away from the type of work that gave most developers coding malaria.

To several of my wicked ideas, CEO Matthew had one answer – “Just throw it in.”

But that’s just the beginning.
After we throw things in, they land in the hands of my favorite project manager – Marta. She and the team are the reason that I don’t give up when something goes wrong. To give you an idea, just recently, when Facebook deiced to change Instagram’s API – the inability to connect Instagram to the page gave Google an alert that the page is not mobile-friendly. That caused several problems. And with the web design where everything is interconnected, fixing one thing usually affects the other.
After we fixed Instagram integration and Google stopped claiming that “elements of the site are too far apart,” everything was great for 2 months, after which Goggle claimed that this time “elements of the site are too close together.”

Do I start to regret that I treated Web design exactly the same as I treat fashion design– just flying high on my wild carpet of creation? Yeah, maybe, but not really because I love it.

Everything is so custom, bearing marks of my stubbornness when obviously other people knew better what to do- that now, even something as simple as adding the logo can result in a cautionary tale called The Attack of the Seaside Marius. You see, Marius from the coast claimed to be a top developer with over 10 years of experience. But when he was supposed to add the little logo – it ended up floating like rabies infested mermaid around the whole screen. So he indeed was a top – in the ability to cause severe damage.

But even with the major Seaside Marius hiccup, the code scored 88% on audits, with the median being at 74% and top 10% scores being at 94%!

So with an IT field that reeks of brain surgery in how complex it can become – having people who are both very smart and caring keeps the dream alive. Literally.

We are currently implementing small improvements, so don’t hesitate to send me an email if you notice something not working. I would much appreciate it!

Summing up, once we get growing pains in check, Marta and I are on to plotting a few new things that make me excited!

Another pleasant surprise was an extension of the digital family – the SEO guys. I had a good lead from the development phase, but I branched out to their competitors since the first company was tight on time. I came in touch with a man with a sophisticated-sounding name – Hugon. And although what I was requesting was as usual, far from a typical service, Hugon was kind to prepare a custom offer and put me in touch with their specialist, aka the Seaside Marius antithesis! Peter was his name, took the initiative on my request, and assessed all optimization issues in less than an hour. I’m glad he was handsome and such a pistol because hearing about all the restrictions to my creative freedom really sucked. However, now that I grabbed the basics of SEO, at least I can make informed decisions between what I want and what search engines prefer. With that said, I have to finish a list of new things to discuss with Peter, to which Hugon already replied, “We are always ready for you, so bring it on.” Now high five because you guys rock!

That was the area that caused a bit of a struggle! I had a very talented person to help with postproduction who proved to be unreliable despite a flexible approach. It was sad to see a great talent go to tremendous waste. There is something deathly about the brilliance that goes nowhere. It’s one thing when you don’t realize your talents, and it is another when everyone around you marvels at your skills, yet you seem to blindly not care about them. Personally, this always bothered me. I have a natural sense for spotting talent. And I could share several stories on how people I encouraged to give more attention to what I saw in them got very, very successful. I also do not give up easily, be it on work or the people, so this was a tough one.
That brought me to a decision to step up the game and make time to improve within the Adobe Suite. The only good thing about that was Sandra, my graphic design teacher. She’s strong, reliable, professional, and no-nonsense. Funny enough, I met her through an ad, but she proved to be a cousin of my high school friend’s wife! I think that in the depths of Maymer’s code, there’s an inbuilt magnet for attracting the most caring and unique talents. So, Sandra gave me my first graphic design lessons while 9 months pregnant – 10 days before the due date. And once she was out of a hospital, I got a text – “Martha, I just gave birth, you need anything, write.” So just like Peter was the antithesis of Marius, The Seaside Crusader, you may say Sandra is an antithesis of the wasted postproduction talent guy as it comes to commitment.
She’s also incredibly gifted in the way she teaches. We started a new project that I was cold sweating about for months, but as usual, Sandra made sure I can continue doing what I love! It does take time to master the use of the Adobe products, but she is my go-to- to go around that, haha!
I’d also like to mention Alex, thanks to whom I connected the tech and art. We spent hours geeking out on color gamuts, canvas, and settings, ensuring that everything will look like it should. 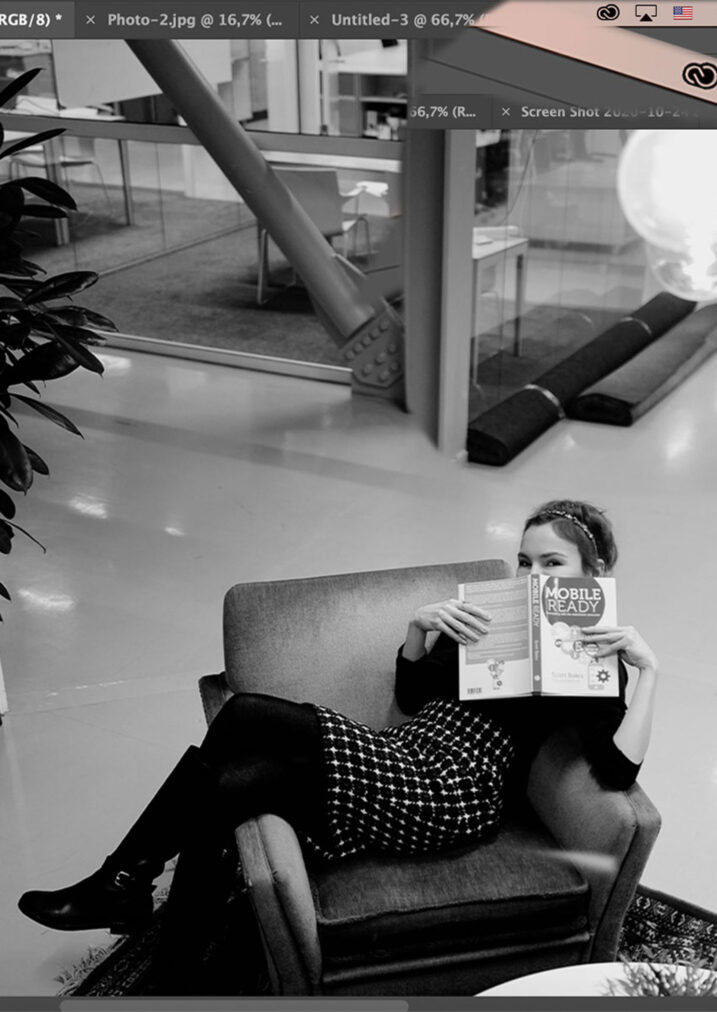 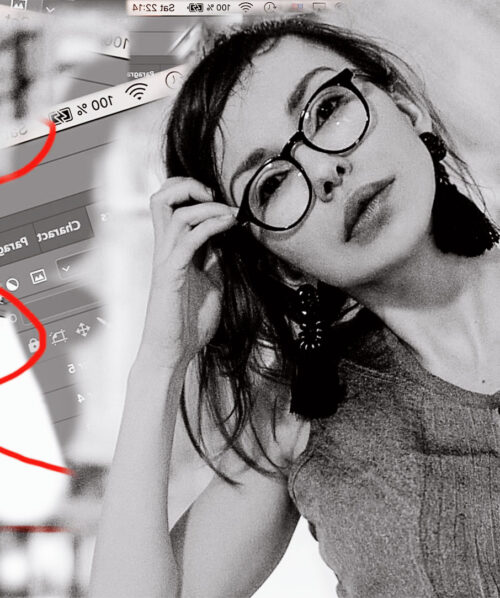 The Writers and Writing

Writing has always been a pleasure of mine and something I did since I was a kid. Doing P.hd, I thought I would spend the rest of my life being happy writing scientific articles and being an egghead- no offense to fellow eggheads. But it turned out long and lonely hours needed to do so were less attractive than ultra-fast pace, pressure, fun people, and a wide variety of tasks one finds in the pulsating digital world.

Surprisingly writing came with a set of people I wasn’t expecting. Through the Writing Community, I got to know amazingly inspiring people who keep me on my toes and occasionally give me jitters when I wonder if I’m improving fast enough. Interacting with other writers encourages me also to sometimes forgo the joys of short stories and dabble in a book format.

Currently, at over 18 thousand words, I must admit that it is much harder to control flow, plot, engagement, and coherence. But seeing others sweating out thousands of words a day makes me want to join the sweat fest even if I may be a bit out of juice- I mean words in the beginning.

And since my fellow writers love to promote each other, I can’t help but mention the ones who so often brighten my day – George Styles, Anthony Giannoumis, Prix Gautney, K.A Ashcom, Anoop Kumar Singh, Karen Karlitz, and J.D Greyson! 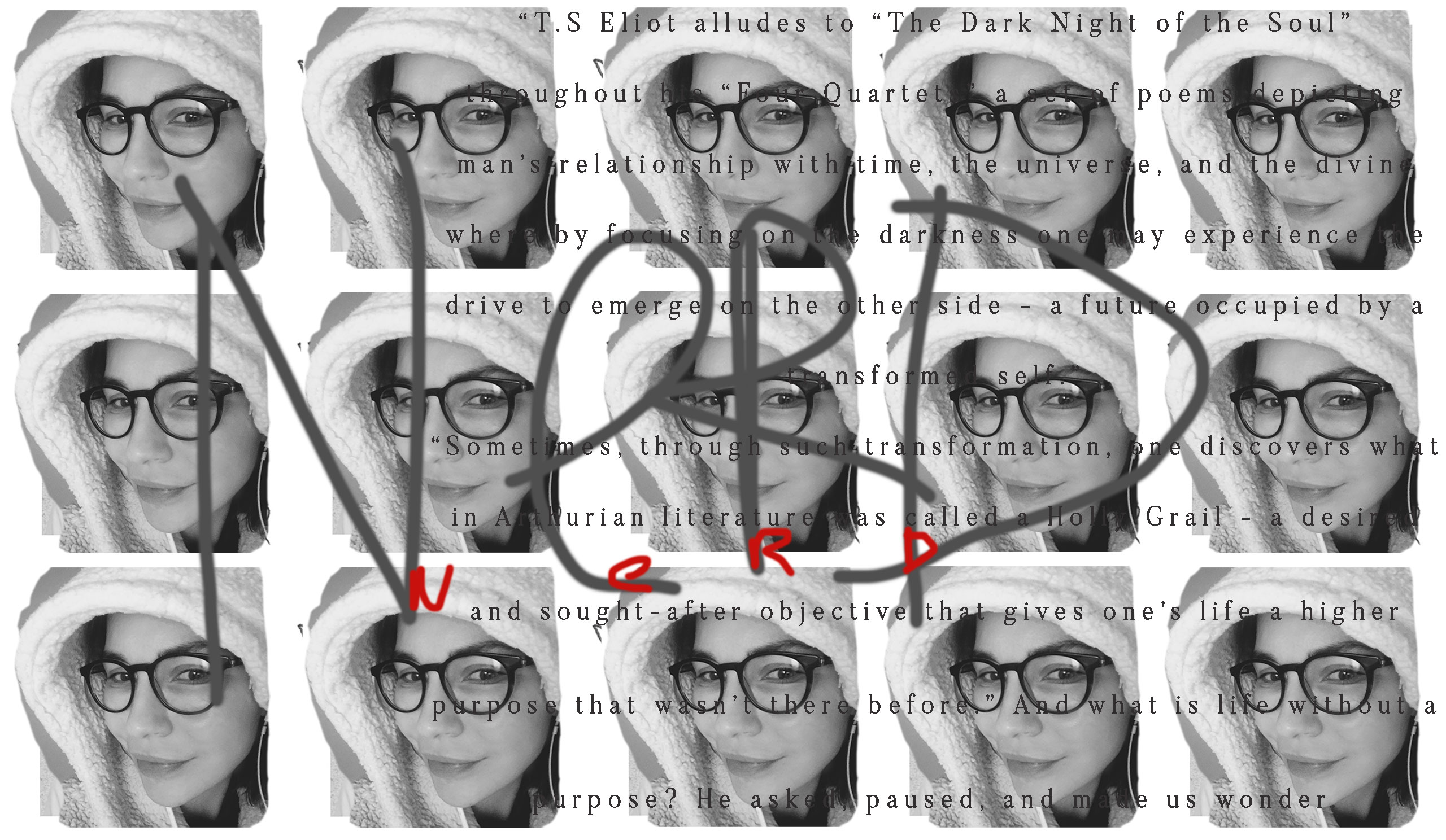 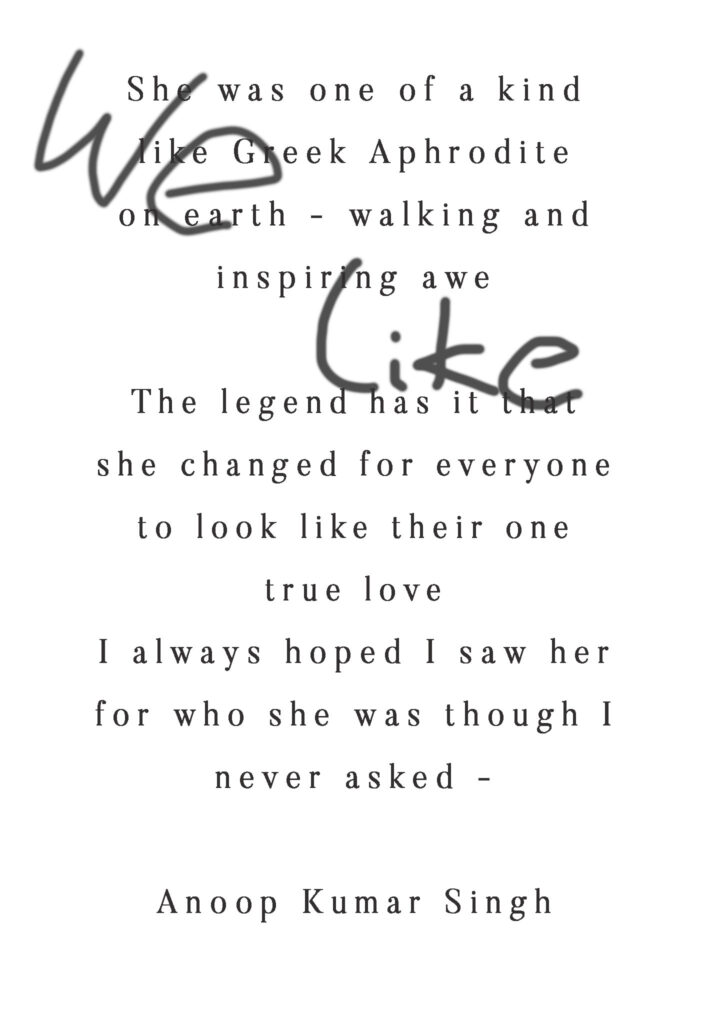 Overall I did what I wanted and found answers to a multitude of how-to questions. Some of which I thought I would have to come back in another life to really understand.

When I look back, I see constant improvement, however small or big. Mostly small, haha, as things that looked like fun on the surface proved to require the amount of effort that was beyond surprising.

However, effort no effort, I love what I do and the amazing people who make it possible. I’m mesmerized by how the world changes once a part of it enters the vortex of online madness.

I think technology-wise, we couldn’t wish for a more exciting time to be alive. We observed new ventures and ideas coming out of the mush made by traditional and social media. So far, many of these products still exist in their respective little enclaves, but the borders between them and them and us are quickly fading… Will they become what McLuhan or Umberto Eco thought them to be?
I can’t wait and see.

So whatever you do, keep going, guys, as we are not made for walking backward, and forward is the only way to roll!