Oslo Walk: Zany Impressions From a Walk Around Oslo

WWalk - a universal activity enjoyed all around the world. Left foot, right foot moving forward, wind kissing the face. It’s all the same yet fundamentally different, depending on where you are.

In Oslo, a walk started with a whiff of crisp, fresh air. There were a few places on earth with air being so crystal clear. One time when I was flying from southern Europe to northern, I wondered if air-conditioning worked correctly as the more we dived into Scandinavian atmosphere, the lighter and more saturated with oxygen air became. While walking through Oslo, air might not be warm, but it will always, always be fresh. It will nestle in your lungs and wake you up like a coffee made out of the sky.

“How a coffee made out of the sky smells like?,” you asked.

“Why is that?” you asked with a curious smile, and I knew at this moment that your finance infested brain finally had left the office.

“Probably because Oslo is surrounded by the sea in the south and huge forests in the north that infuse every airy particle with cloudy, piney, airy scent!”

“I think it is already brewing in your lungs!” I laughed.

There was rarely a scent of anything else during the Oslo walks as the city officials despise car traffic providing substantial incentives for using electric cars (almost every car on the street is Tesla), public transportation, and bikes. 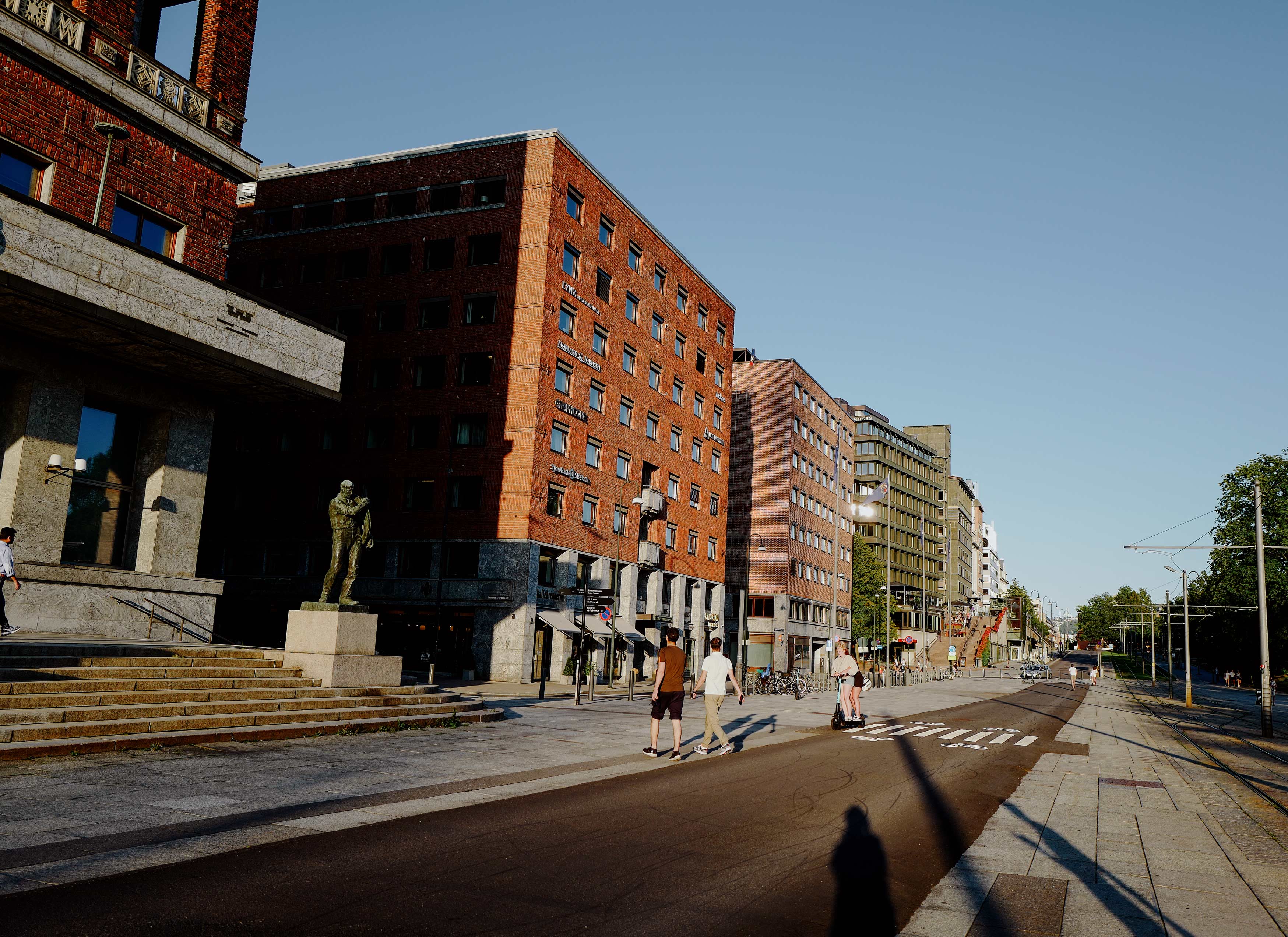 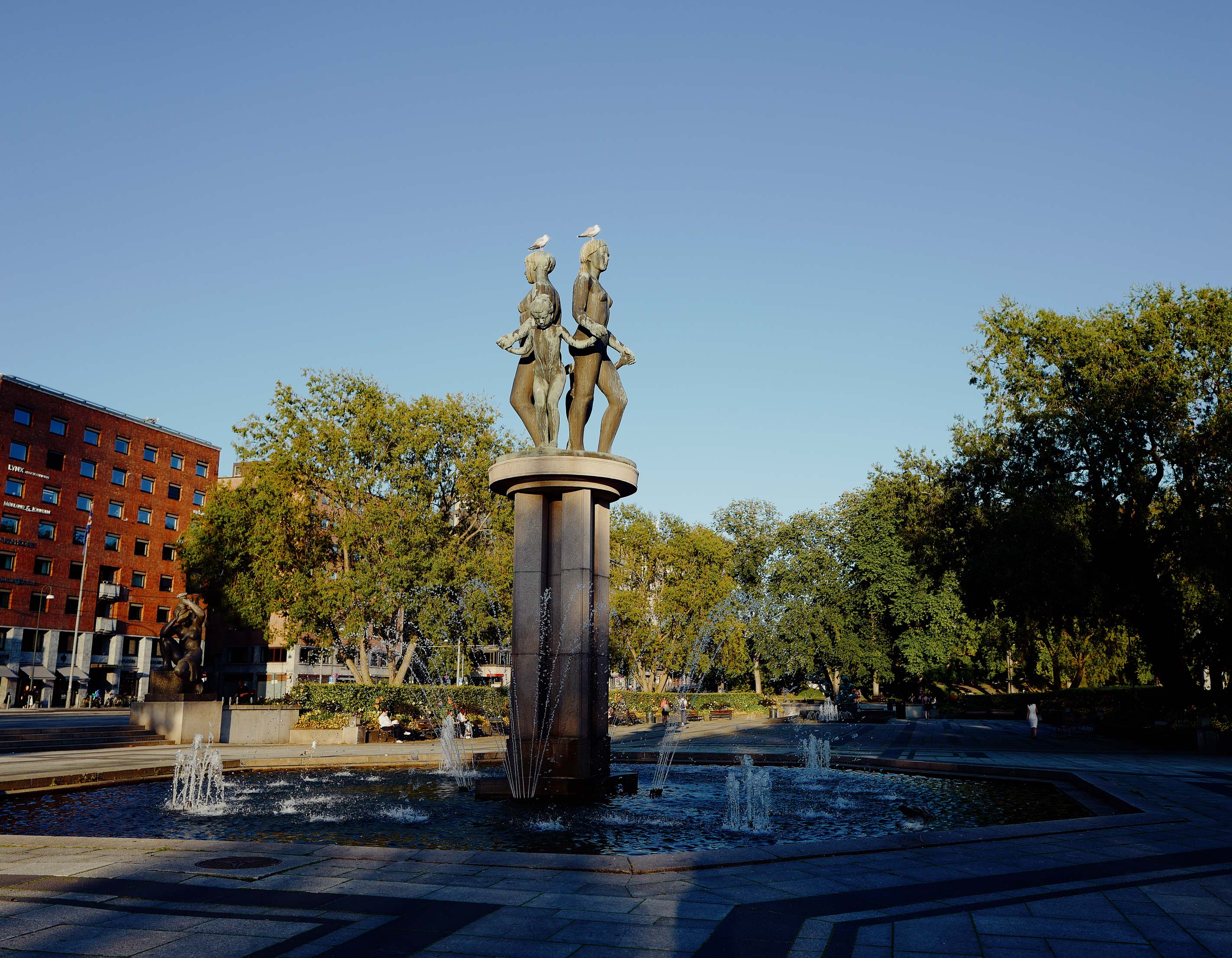 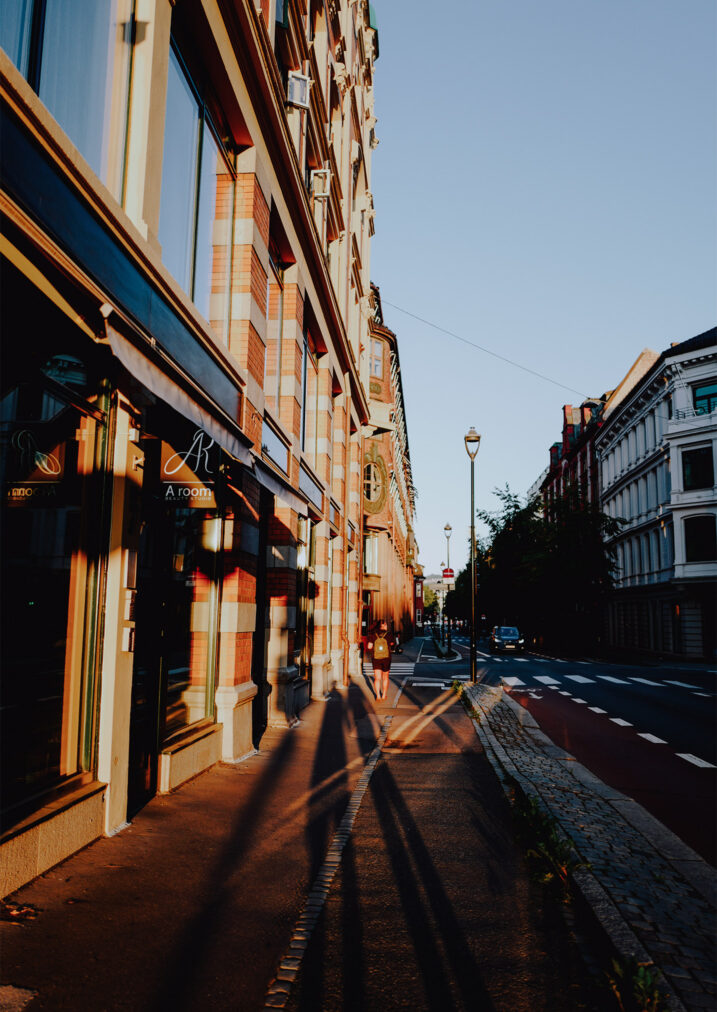 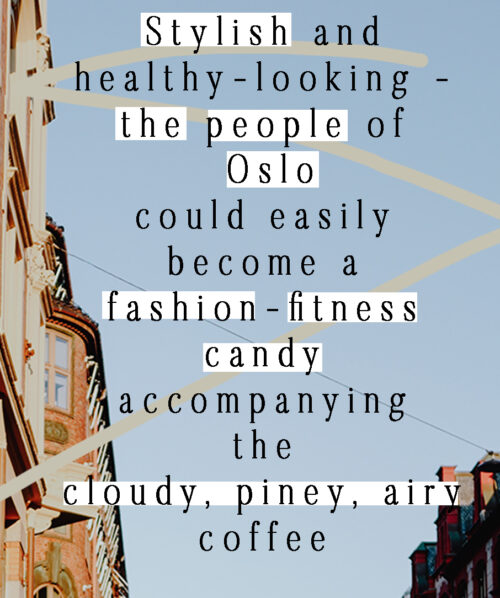 The People of Oslo

As we moved through, awaken by the fresh air, the streets filled with people. Not too many because the population is tiny, but the ones who were there looked as if they dropped out of a fashion show covered in designer labels, dipped in the gym sauce. Stylish and healthy-looking – the people of Oslo could easily become a fashion-fitness-candy accompanying the cloudy, piney, airy coffee if not their cool, collected demeanor.

They were deep in their thought, their cold gaze shooting forward like a northern Norwegian star. But despite that, they always made everyone welcomed, making the city multicultural and notably focused on equality.

Refreshed by the crisp air, knowing that most likely no one would interact during the walk, a natural course of thought was to move inward. It might be strange for those who are extraverts to dip in a cool introverted cocoon of ever uninterrupted, unshared thoughts. But for those who are introverts – there was no better place. 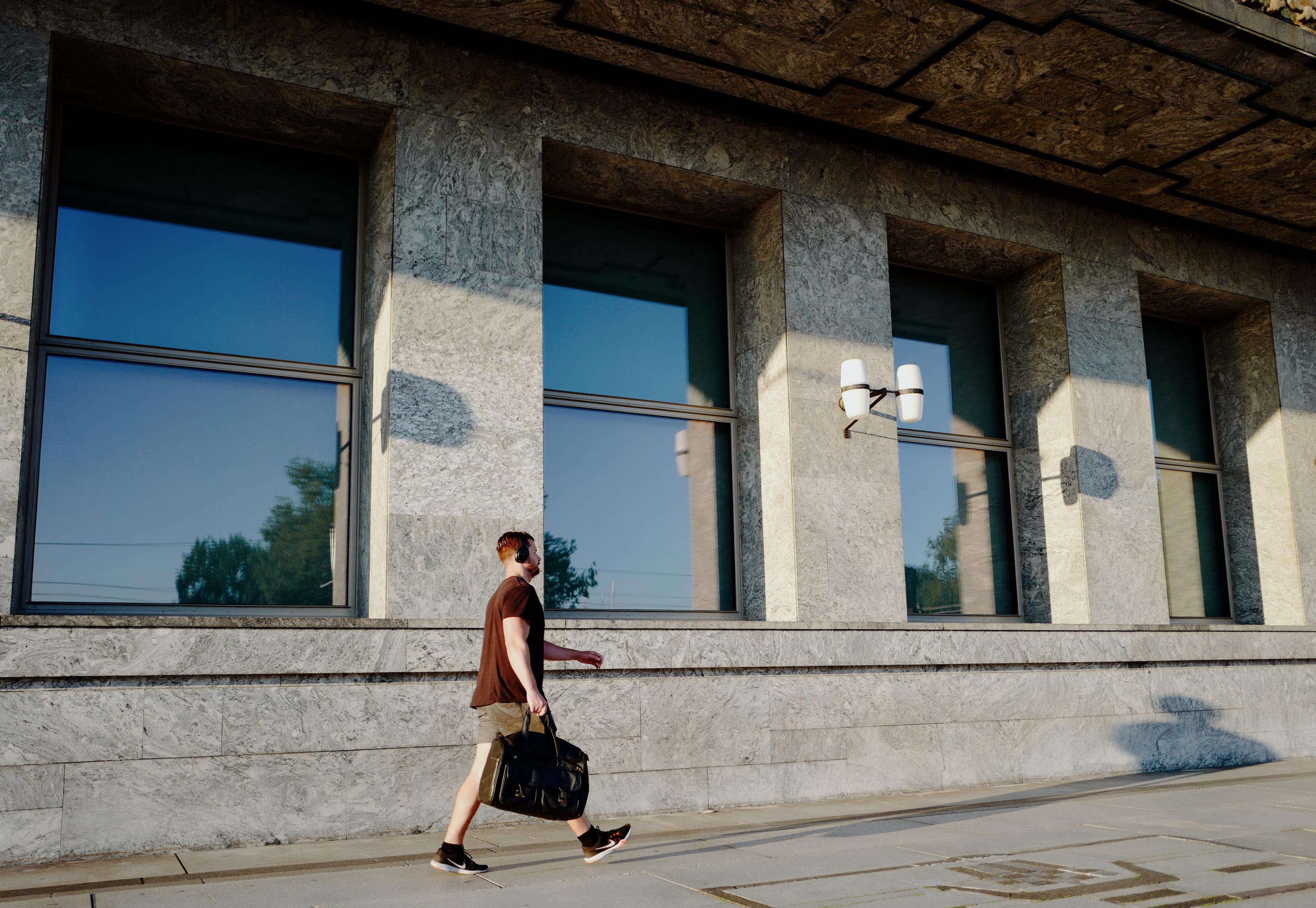 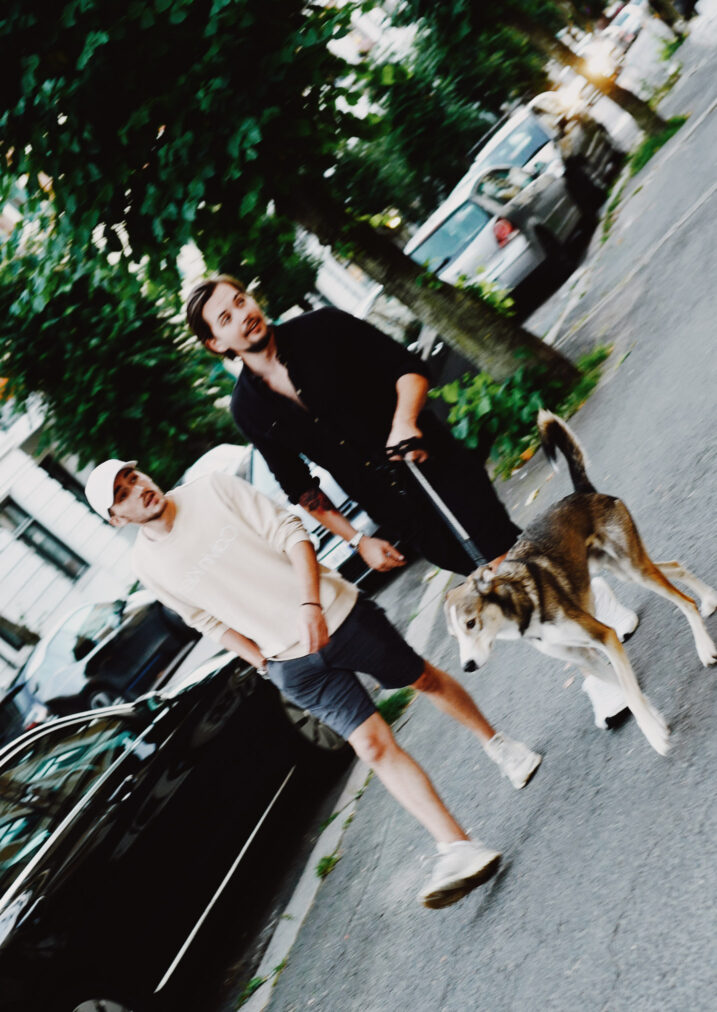 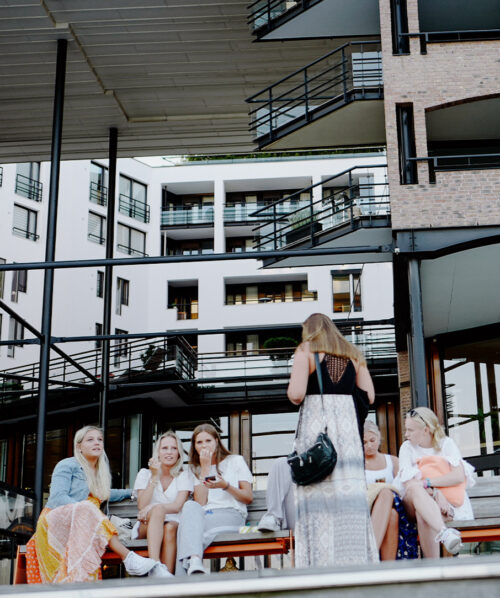 The Sounds of Oslo

Have a look at emptiness between the word silence and the rest of the story. That’s how the sound looked like during a walk around Oslo – almost nonexistent.

“How is that possible?”
“The first answer to that question would be – Tesla cars,” I paused. “The second answer would be – the introversion bubble.”

You see, the more awaken you get from the pristine air, and the more sure no one would ever disturb you – the deeper you could dive in your thought. And this is where the introverts paradise starts. The whole matter yields to the mighty introversion bubble.

The streets are tranquil, the people as well, producing merely a steady light humming that hypnotizes the walkers.
The drivers are aware of this; that’s why while walking around Oslo, one can be practically blind crossing the street as the drivers will slow down seeing a person approaching the road even if they have a green light to go. 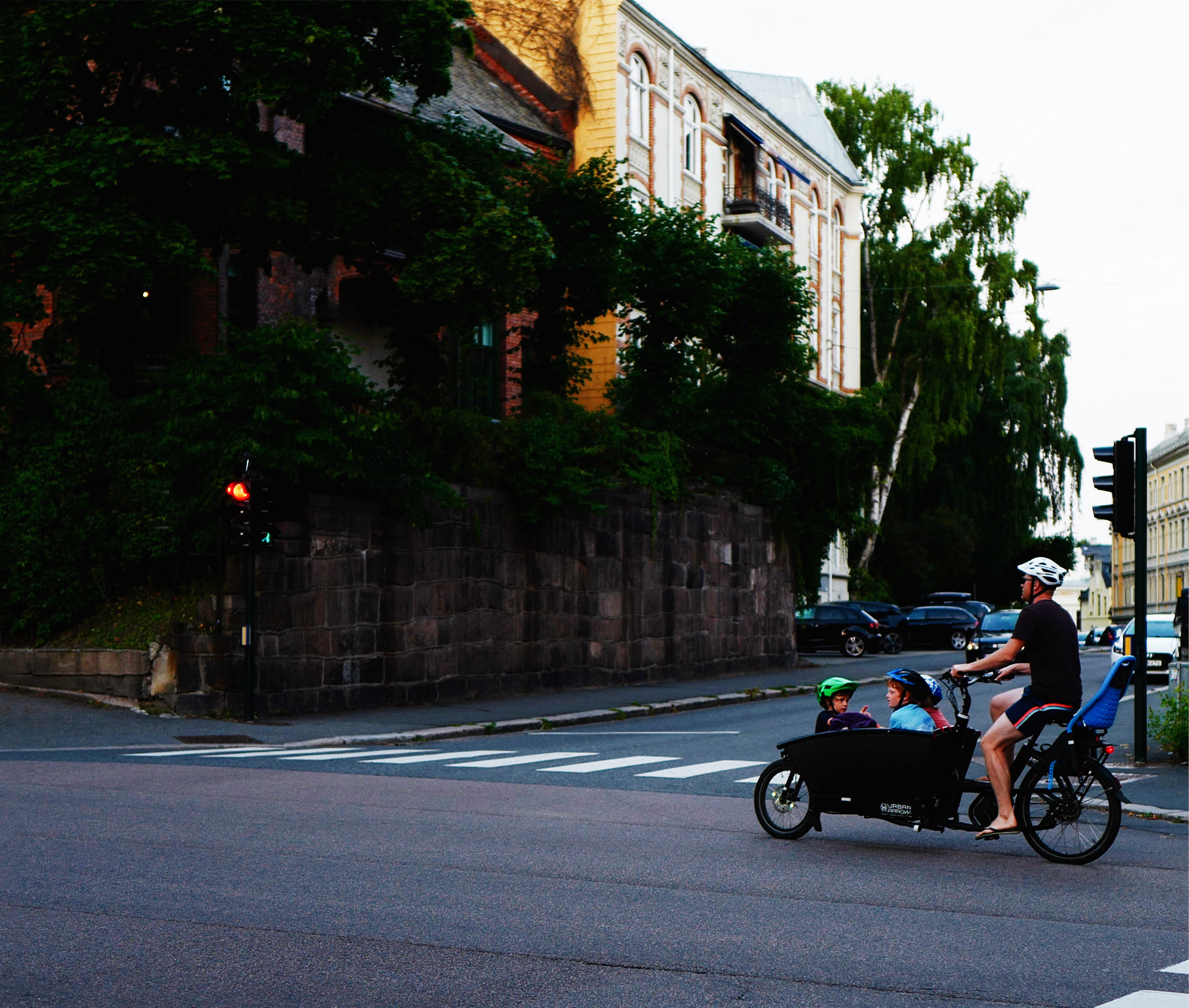 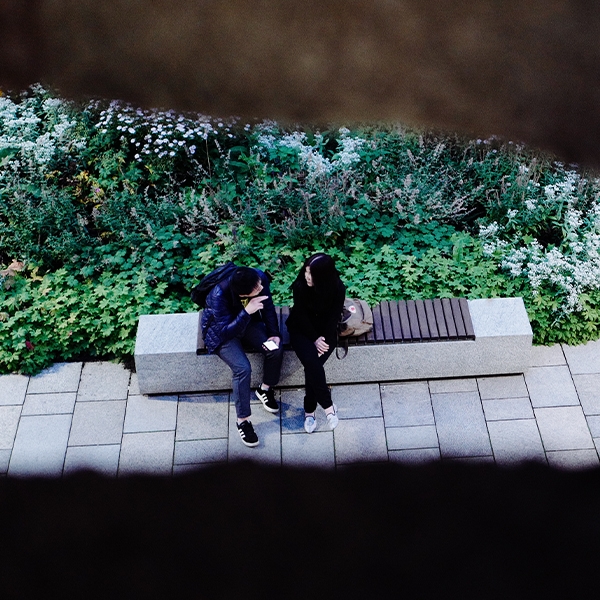 The Colors of Oslo

Once one was properly hypnotized and deep in thought – the surroundings never failed to provide a dramatic display accompanying an inner dialog. During colder months, the light was always dimmed, the sun barely peeking behind the horizon, often covered by the clouds. Because of that, the shades of blue in the sky are unique and particular to Oslo’s northern latitude. They resemble the blue shades’ superstar – Pantone 19-4045 casting a dark, mysterious veil on everything around. In the summer, however, constant sunlight lights up the streets, filling them with the light so golden that one can wonder if someone had grated a brick of gold and sprinkled it on top of the town. 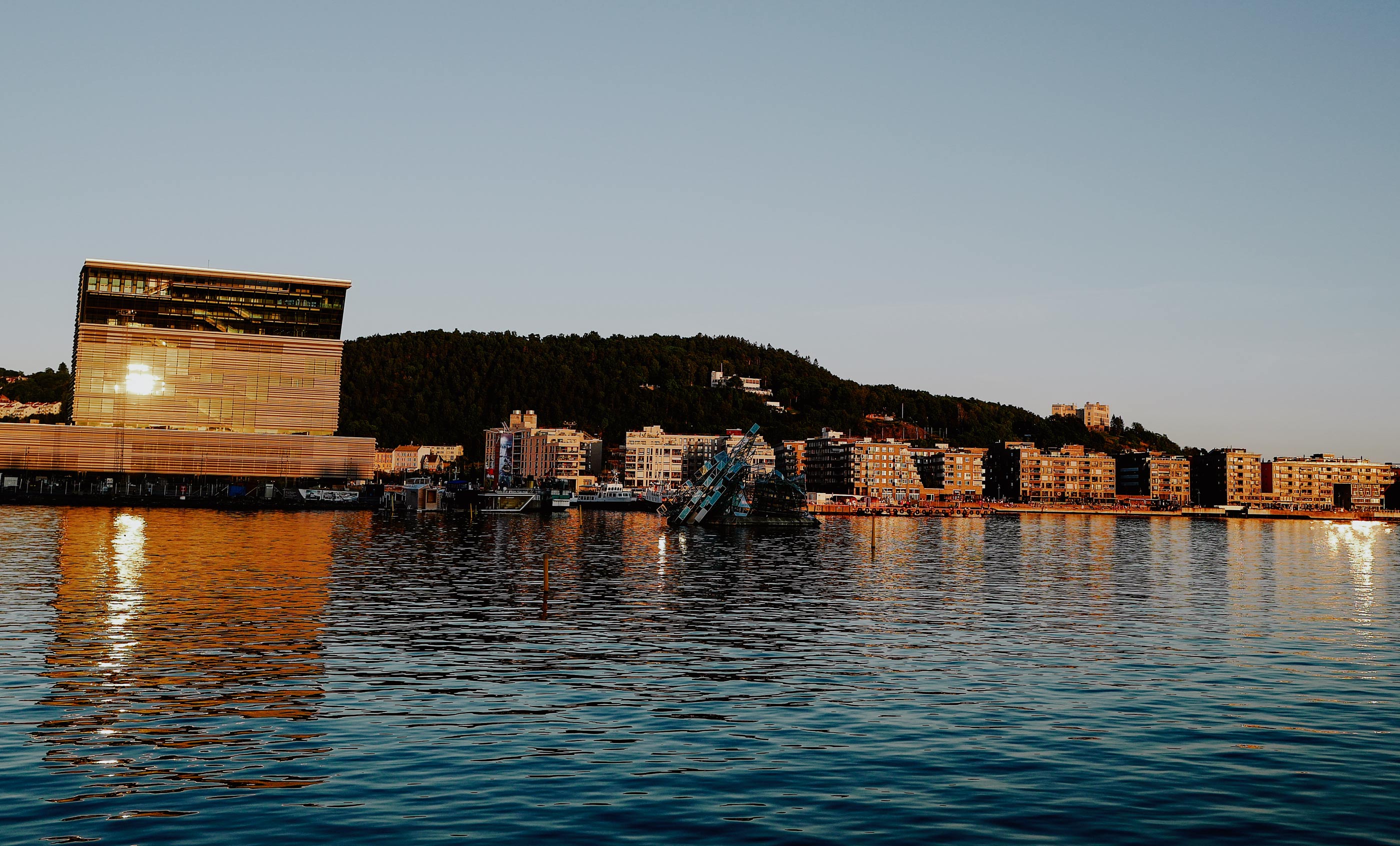 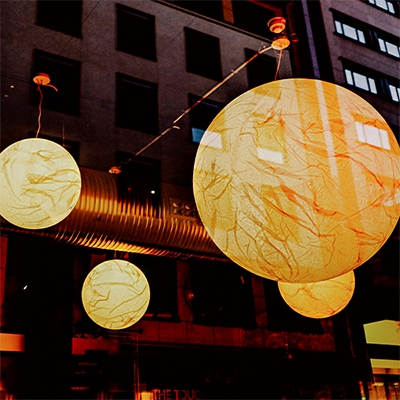 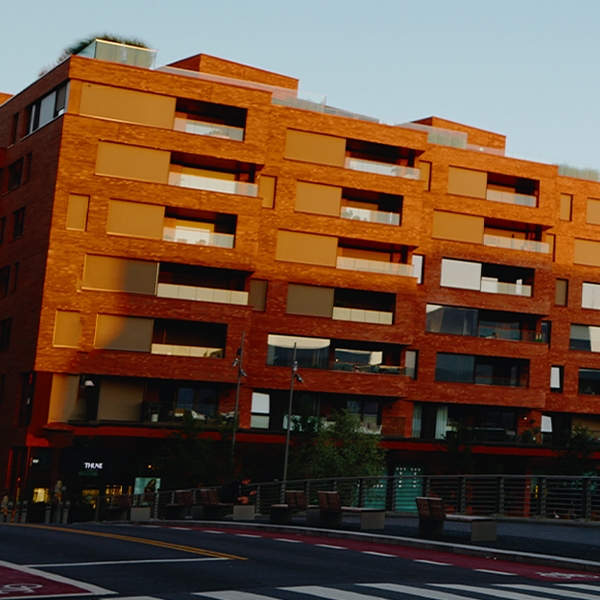 That my dear people was the impression from a walk around Oslo, it was like swimming in a quiet lake – gentle, safe, homogenous, with absolutely nothing disturbing the peaceful unfolding.

I hope you liked it and that perhaps you got inspired to enjoy in detail the next walk you take!

And in case you’d like to plan a walk in Oslo you can find more information here: https://www.visitoslo.com/en/

Designed by me: black and gray mini skirts